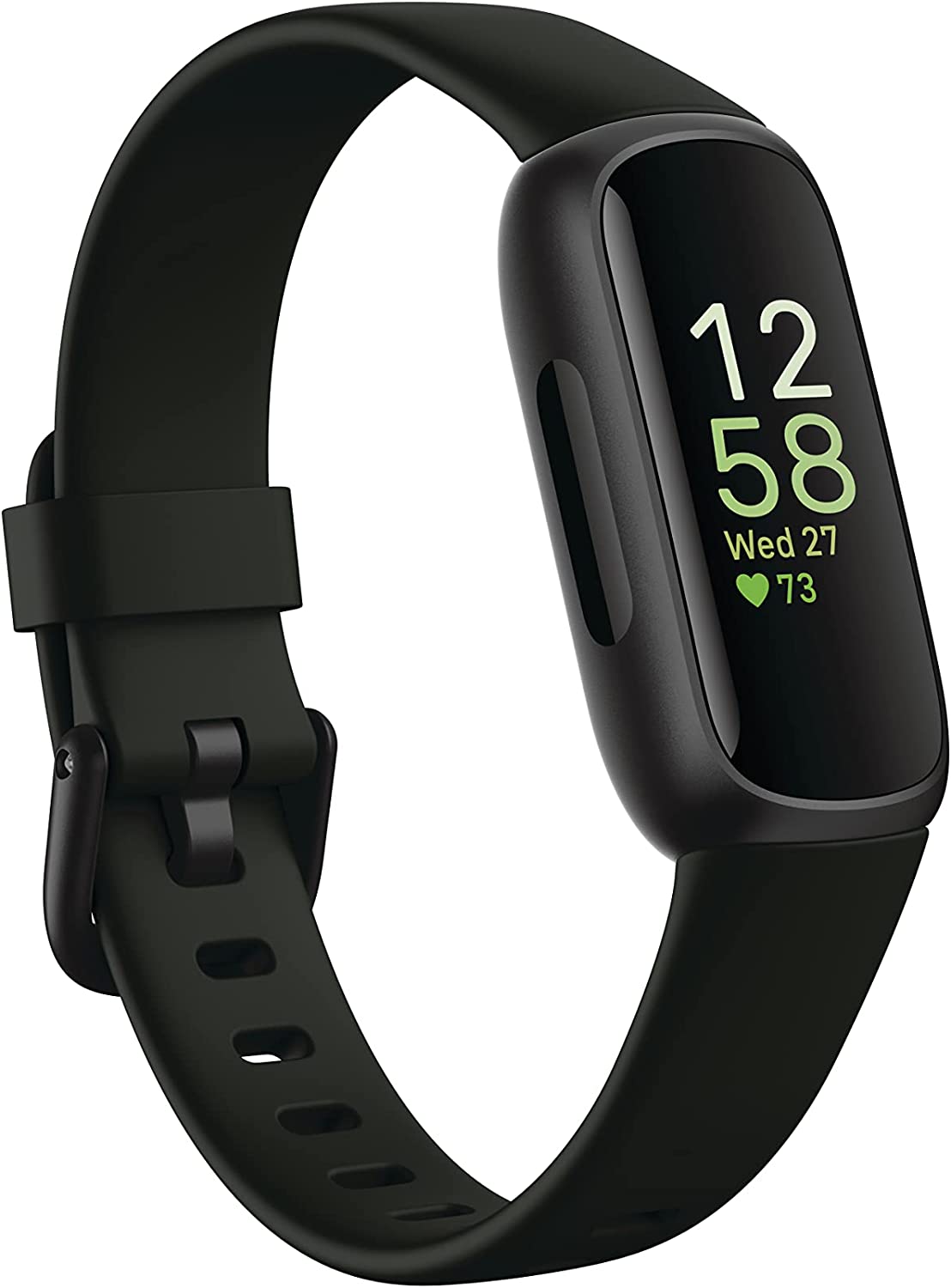 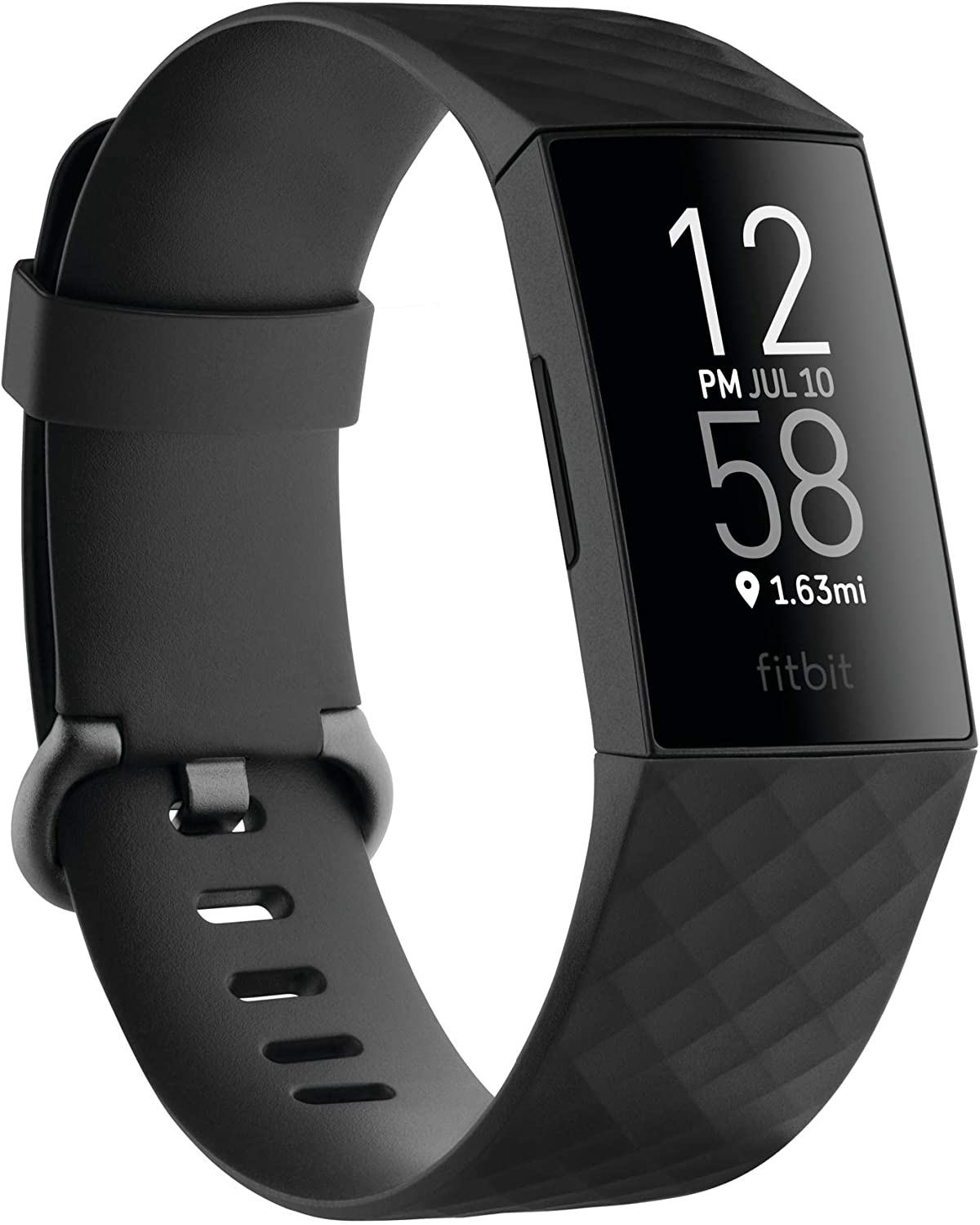 Fitbit Inspire series was loved so much that developers made inspire 3 to meet the needs of their users. The material used to make the Fitbit inspire 3 is silicone and it’s available in a rectangular shape. With a user-friendly interface, it will help the new users in getting on track related to fitness. The elastomer material of inspire 3 waistband makes it long-lasting and durable. It’s available in three different colors i.e. Midnight Zen / Black Lilac Bliss / Black. Inspire 3 is here to inspire you to start your fitness journey and will help you in achieving your goals.

For those who thought Fitbit charge 4 was the same as its predecessor, but they are very wrong about this. This new Fitbit charge 4 although looks identical but has the addition of exciting new features. These features are the inclusion of a built–in GPS, which will make this watch just like those running watches that have the whole tracking data stored. Similarly, it has Spotify support and even the special edition Fitbit pay app. Basically what this Fitbit charge 4 does is it has removed the need of carrying your phone to walk or while running. With some pretty colors i.e. black, granite and rosewood it will look sleek with your outfit.

The screen size of Fitbit Inspire 3 is 1.55 inches, and it’s equipped with a touch screen panel. The resolution that this Fitbit offers is 72 x 128 pixels which is a great feature. The display is color PMOLED. It's water resistant meaning it won't get affected due to rain and can withhold up to 50 m, which is its ware resistant depth. Also its dust proof. The operating temperature Inspire 3 can withhold stat from 14 to 113°F / -10 to 45°C. The operating altitude is around 28,000' / 8534 m. The watch band is replaceable and the charge time is around 1-2 hours and the battery last for around 10 days.

Fitbit charge 4 is equipped with a screen size of 35.8mm x 22.7mm x 12.5mm with the availability of a touch screen. The resolution of charge 4 is 100 x 160 backlit greyscale with an OLED touchscreen display. The weight of charge 4 is only 24g which makes it lightweight and easy to wear. Also, it’s water-resistant and anti-splash with a depth rating of up to 50m. This way there won’t be any worry about getting the watch wet. The watch band is also replaceable so it can be used based on the outfit of the day. The charge timing is two hours and the battery lasts up to 7 days and even longer.

The tracking features of Fitbit Inspire 3 include a GPS to track your route throughout the journey. It also withholds various sensors like the pedometer, calorie intake calculator, and step counter which will help keep you active throughout the day. It also has an optical heart rate monitor and is equipped with red and infrared sensors for monitoring blood oxygen also known as SPO2 monitoring. Also, it’s equipped with a 3-axis accelerometer. It will also keep in check the food and water intake along with a stopwatch, and timer. It’s also shock resistant so it’s prone to bumps and the user can enjoy the sports mode.

Fitbit Charge 4 is equipped with various tracking features. The built-in GPS is one of the main features of this Fitbit which will help track the live location of the user and will monitor the tracking activities. It has a route tracker and a heart rate monitor (SPO2 monitoring). Not only it will manage stress but will also take into account health metrics. The 20 goal-based exercises will help the user achieve the daily goal of exercise. The food intake and water intake will help keep account of daily healthy eating habits. Also, with NFC, the altimeter will keep the track of elevation crossed every day.

Inspire 3 is compatible with both android, IOS, and MAC OS X. for iPhone users need to have iOS 14 or above to get Fitbit to function properly. For Android users, it needs android OS 8 higher or above. It supports Wi-Fi and can automatically sync the records as well. It provides incoming call notifications and has a cellular module. There is the availability of connecting with Bluetooth as well. One needs to install the Fitbit app first and then run it on their device after signing into the account. This way Fitbit will run smoothly and users can enjoy its compatibility features well.

CHARGE 4 is compatible with all modern android and iOS devices. It will sync automatically and will help in syncing data wirelessly to computers and over leading iOS, Android, and even windows. The Bluetooth le wireless technology is an additional compatibility feature. IPhone users, they need to have an iPhone 5S and later, iPad 5 gen. and later. For Android users, it should be android OS 7.0 and later. It provides a lot of connectivity options with Bluetooth, NFC, a speaker, and even a mic. The option of call control so users can manage their inbound and outbound calls efficiently.